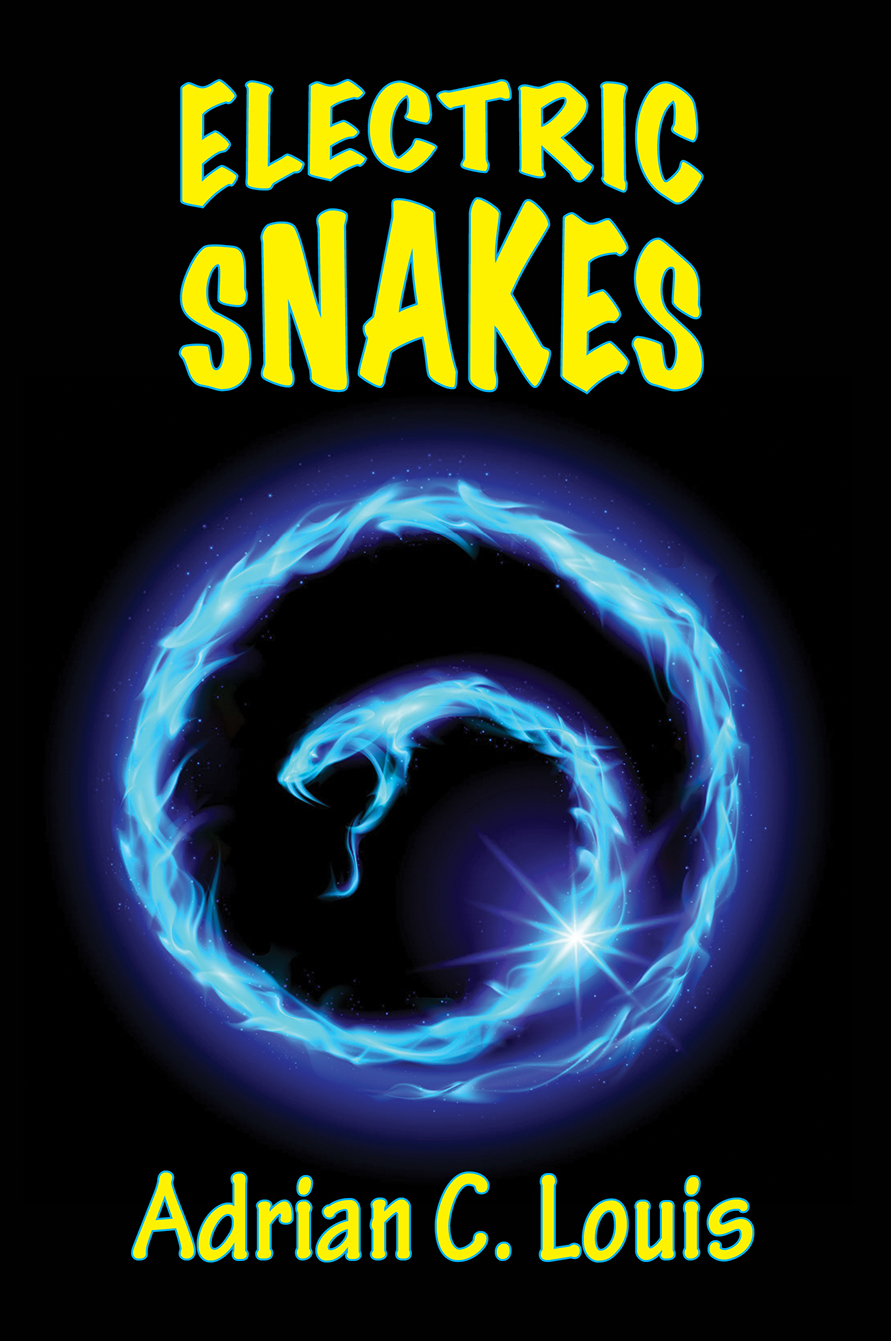 In candid, profane, and surprisingly hilarious poems, Electric Snakes explores the ways in which we are daily, and violently, confronted with the limitations of our nation’s moral politics, and the failures of our mortal bodies. In these poems, America’s genocidal past continues to haunt its present, wreaking havoc on native communities while also giving the lie to our politicians’ promises that America can return to—or at least cash in on--its fantasy of economic and technological progress for all.  Adrian C. Louis is fearless and unrepentant. He’s a poet who takes no prisoners and suffers no fools.
-Paisley Rekdal

For over four decades, Adrian C. Louis has been rocking our world with stunning poetry; his new collection, Electric Snakes, continues to deliver. From the opening--“When I Was A Zombie”--to the ultimate, titular poem, this collection both rollicks and smolders. A clap-on-clap off lamp bought at “Wally World,” Eddie Miles (better than Stephen Curry) burying basketballs from anywhere on the court, all the way to “the machine I will ride back into the whirling chasm of birth,” Louis’s poems teem and hustle with life. They are as hilarious and wickedly forlorn as they are pissed off and poignantly subversive in their deft observations—while always, always being deeply dialed in to the absurd splendor of it all.  I love these poems and their song to our “country ‘tis of thee / sweet land of gizzardry.”
-Alex Lemon